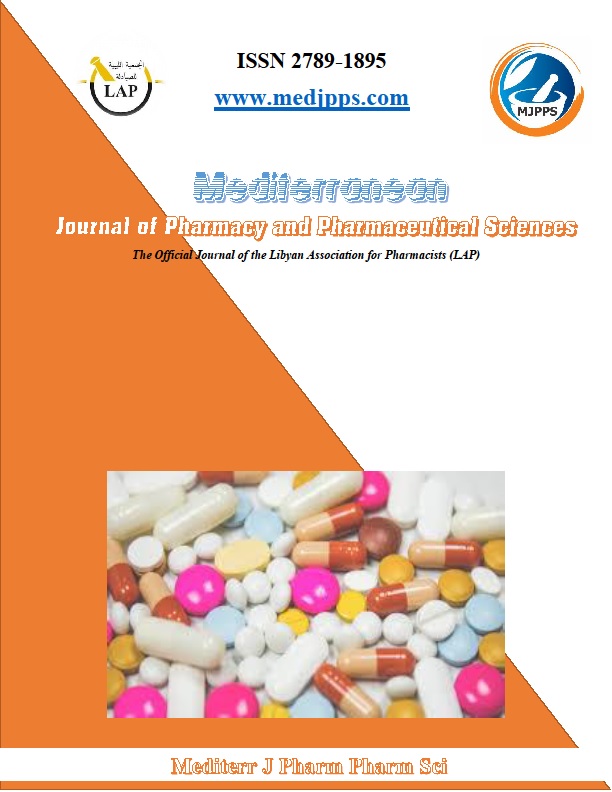 Association between streptococcus bovis and colorectal cancer among libyan patients More Article by Mediterranean Journal of Pharmacy and Pharmaceutical Sciences

The perspective of covid-19 vaccines

The current covid-19 is now endemic on everycontinent and becomes the most challenging outbreaks over centuries, thus millions of people have been infected with the novel coronavir...

Mokhtar r. haman: a dedication to his memory

It is with more sorrow and tremendous sadness we remember the death of our colleague the libyan pharmacist, professor mokhtar ramadan haman, at his home in tripoli, libya after lon...

In silico studies of 2-(4-(aminomethyl)phenyl)isoindoline-1,3-dione schiff base derivatives as potential inhibitors against main protease covid-19 enzyme

The 2019 coronavirus (covid-19) pandemic is spreading worldwide, with a spectacular increase in death missing any effective therapeutic treatment up to now. molecular docking is a ...

Plants are an ancient source of medicine due to the presence of bioactive molecules of various compounds in their different parts. convolvulus dorycnium plant belongs to the family...